​Read my ​interview on Divorce Saloon.com. 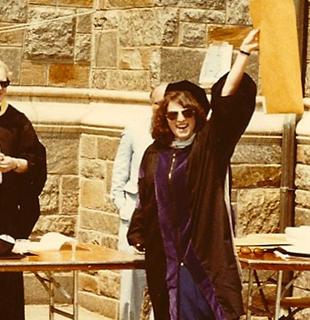 Along the Hudson River

The lawyer/credential stuff: I am a proud Fellow of the American Academy of Matrimonial Lawyers. Recognized by Best Lawyers in America®, I have a 'Preeminent AV' rating in Martindale-Hubbell. My work has appeared in The New York Law Journal, The Matrimonial Strategist, The Family Advocate, The American Journal of Family Law, and The Annual Survey of Bankruptcy Law. I have lectured on numerous topics relating to family law and legal ethics, and served on the Board of Editors for The Journal of The American Academy of Matrimonial Lawyers and The Matrimonial Strategist.

BOOK OF GENESIS arose out of my attendance at Emma Willard, where sexual predation of students by faculty and staff was barely covert, and pervasive, until recently. Although I am not a survivor, some of my close friends were. We thought Emma Willard girls were the only abuse victims -- we weren't. I began this book three years before the #MeToo movement began, and as I wrote, I learned that predatory behavior has been rampant throughout private schools in the United States and abroad. I am hoping that GENESIS will attract the interest of a new agent and publishing house; the voices of unknown abuse survivors by the hands of non-celebrity predators deserve to be heard.

Author of Book Of Genesis and Client Relations